Powerlifting     Power sport, the essence of which is to overcome the resistance of the most heavy weight for an athlete.

Heavy Athletic     Olympic sport, based on the implementation of exercises to lift the bar above his head.

Armsport     The kind of struggle on the hands between the two participants. During a match, competing hands of the same name are placed on a hard, flat surface (usually a table), and the palms are locked in a lock. The task of the competing armwrestler is to press the opponent’s hand to the surface.

Weight-lifting     Cyclic sport, which is based on lifting weights as many times as possible in a given period of time in a standing position. 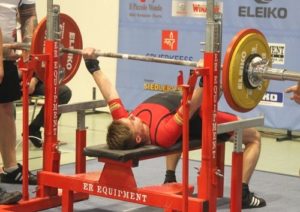