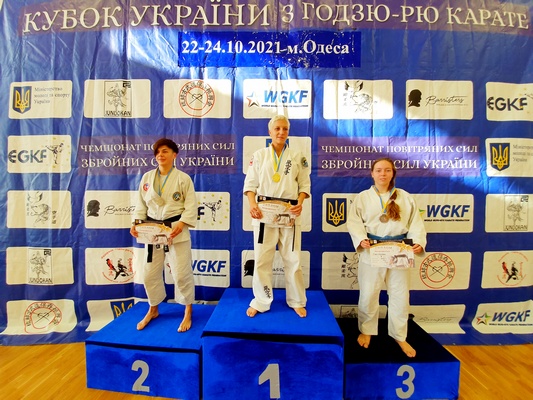 From October 22 to October 24, the traditional competitions of the Cup of Ukraine in goju-ryu karate took place in Odessa in which a student of the Faculty of Computer Science Veronika Roshka took part. In tense fights with the best karate women of Ukraine, Veronika won an honorable third place. 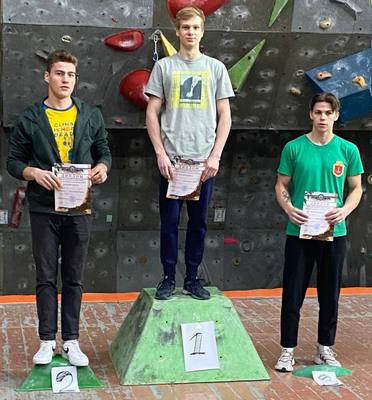 Transfer of the Kharkov International Marathon

According to the protocol of the Commission on Technogenic and Environmental Safety and Emergencies dated 07.10.2021 “On the current epidemic situation and the introduction of additional quarantine restrictions on the territory of the city of Kharkov” and due to the fact that the organizers will not be able to ensure a safe distance at the start and finish for participants of the race, it was decided to postpone the Kharkov International Marathon. The event will take place as soon as the epidemiological situation returns to normal. 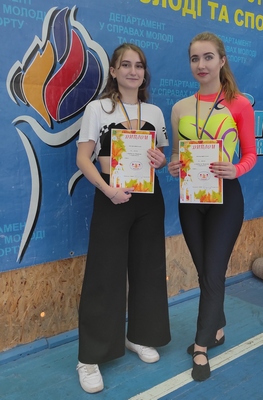 9-10.10.2021 in our city took place the Cup of Kharkov in cheerleading. KNURE students also took part in the competition and won gold and bronze.

Congratulations to the student of the MI-20-1 group Anastasia Aleksashina for 1st place in the category of hip-hop solo cheer dance, Elena Polozova, the student of the ITINF-21-1 group for the 3rd place in the category of freestyle freestyle cheer dancing and their coach, associate professor of the Department of Physical Education and Sports, KNURE S. Semashko and we wish you further success and victories. 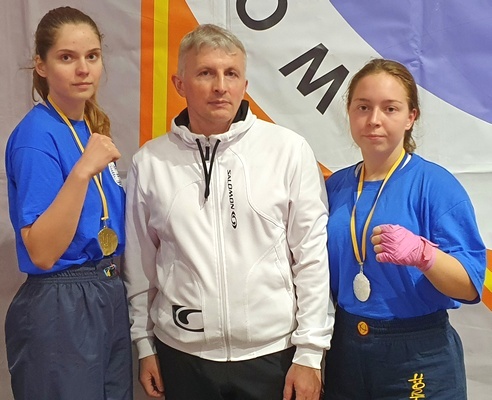 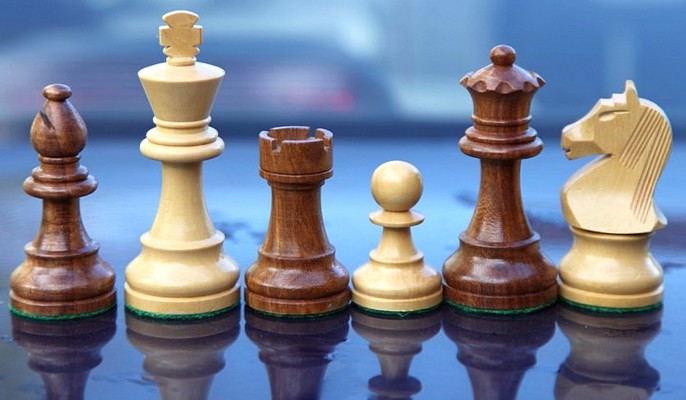 Congratulations to Maria Berdnik on a successful performance as a member of the Ukrainian national team at the 2021 Online Chess Olympiad. A 2nd year student of KNURE, group PZPI-20-5 (English stream) as part of the national team of Ukraine took 2nd place in the top division of the Online Olympiad. 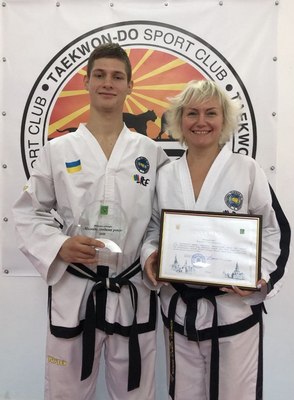 Kirill Redkin, who took 1st place at the Ukrainian Taekwon-Do Cup in sparring, which took place in Kiev on 24-26.09.2021. We wish you further victories. 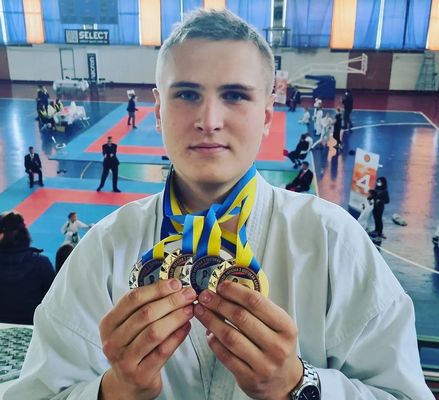 Victory in the Ukrainian Karate Cup in Kiev 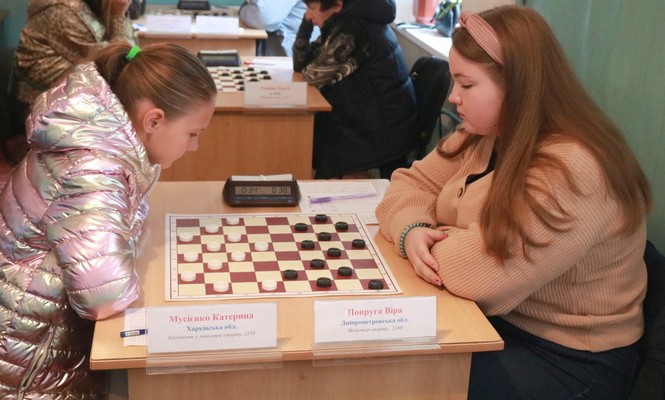 Congratulations to the students of KNURE – Alena Nosareva (1st year, ITM faculty) and Vera Popruga (2nd year, CI) with a successful performance at the Ukrainian Drafts-64 Championship. 47 athletes (29 men and 18 women) from 9 regions of the country took part in the main tournament of the year, from September 18 to 26 in Dnipro. In total, 4 national grandmasters and 6 masters of sports competed in three women’s tournaments.

The Ukrainian Championship began with a tournament with classical time control. To identify the champion of the country, women played 7 rounds according to the Swiss system. Each participant played 7 micromatch, consisting of two parties of white and black checkers. Time was allotted for each game of 40 minutes with the addition of 15 seconds per move. Almost every tour lasted up to 4 hours. 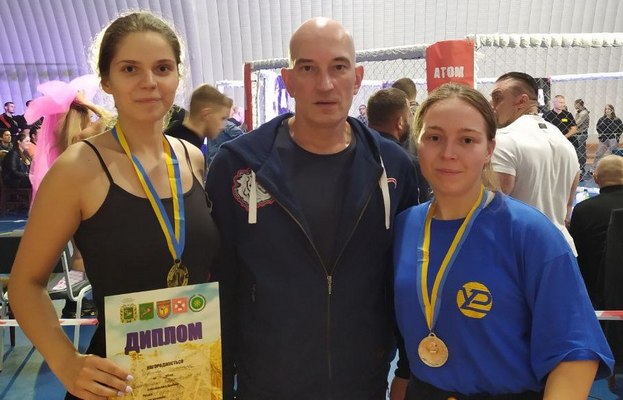 From 17 to 19 September 2021, in the city of Dergachi, competitions of the championship of the Kharkov region in the Ukrainian national kind of combat sports took place – the Cossack duel in which the students of the faculty of CN, the master of sports of Ukraine Veronika Govorova and Veronika Roshka took part. In tough fights with the best fighters, they won, respectively, gold and silver medals of the championship and received the right to represent the Kharkov region at the championship of Ukraine in the city of Kiev. The athletes were trained for the competition by the teachers of the Department of Physical Education and Sports, Andrey Litvinenko, Georgy Krukovsky and Roman Khromykh. 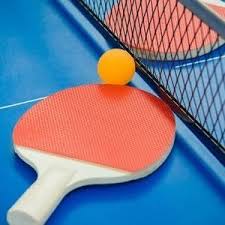 Table tennis competitions begin on September 27: Individual Championship of KNURE among students of I, II courses.

The competition starts at 15.00 in the sports hall of KNURE. 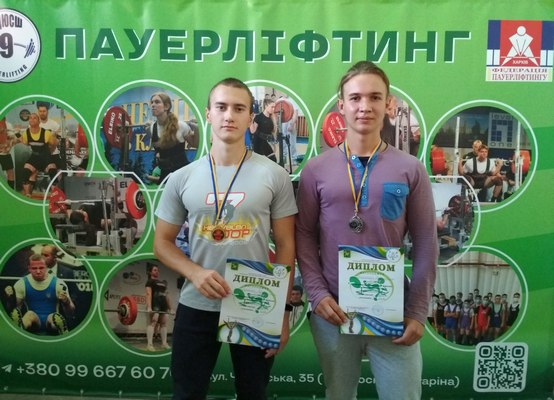 Congratulations to the guys with a great start to the sports year!